The original inspiration for this project came from Jared Sanson here http://jared.geek.nz/2014/jul/oshw-oled-watch

This is my attempt at creating a “smart” watch, however it will only be as smart as I make it so we’ll see how well I do.

The processor I chose is in the PIC32MZ EF family, specifically the PIC32MZ2048EFG064 I had several reasons for choosing it. A big one was its large, for a microcontroller, amount of program memory and RAM. My goal is to be able to use MicroPhyton to write apps but I’m not 100% sure I will be able to without adding a RAM chip. I also chose it because it can act as a USB device such as a mass storage device that I can just plug into my computer and transfer the python scrips over. The chip also has a parallel master port which makes it easy to control a compatable LCD. There are plenty of great things about this chip, its a beast. It’s price is pretty large though at about $11 USD but since this is a one off design I’m not too concerned.

This is the current schematic, I’m finalizing the design and trying to make sure I haven’t made any mistake (but I probably have) 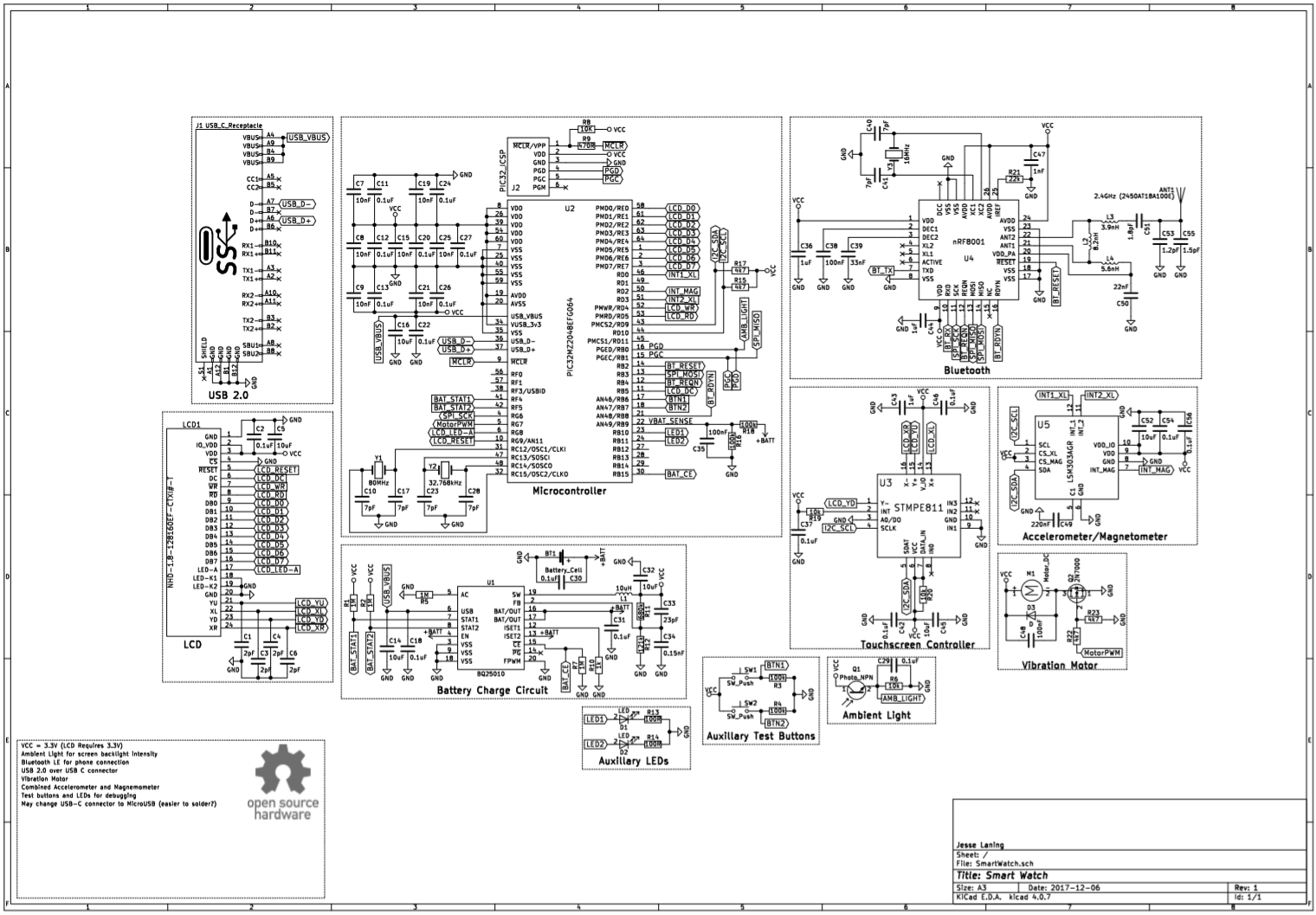